skip to Main Content
Abbotsbury Subtropical Gardens is open 10am-5pm, every day. Click here to book tickets.
Click here to read our full Coronavirus statement, a full list of what is and is not available, and any updates. 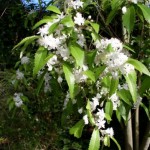 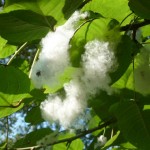 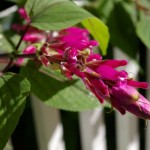 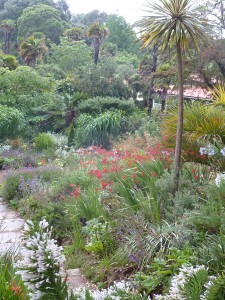 Olympic fever has finally reached Weymouth because visitors have realised at last that West Dorset is not a mega traffic jam. There have been all sorts of foreign voices in the garden this week from Russian to Chinese,
presumably a knock on effect from visiting sailors and their families. We’ve gone cosmopolitan !!
August in the garden starts to show the turning ‘point of no return’ for some of our colourful perennials as the first main flush of flower slowly turns to seed. As a gardener of many years standing, I have learned to respect any plant that can flower prolifically for at least more than three weeks. Plants that flower fleetingly take up valuable space in the border to my mind and should be replaced with plants that have Olympian stature.
Sorry about the superlative link to the Olympics, well, in the dictionary an Olympian is something majestic or godlike and there are one or two plants that might fit that bill. What about star value and longevity! You could look no further than Salvia involucrata ‘Bethellii’ with its crimson to pink flowers that often blooms from August right through to the first frosts in November. Now that’s value for money!
There are some interesting small trees that are coming into flower right now that always make the visitor pause for comment. Thereis the “Ulmo” or Eucryphia cordifolia. We are lucky enough to be able to grow this species in our mild garden. It is a native to Chile, and produces showy white flowers in late summer that the bees ad-or.The hybid Eucryphia x nymansensis is more often seen and is much hardier. Then there are the New Zealand Lace-bark trees Hoheria. Again  they bloom with white flower that the bees love. A tree that is often overlooked found growing on the edge of the arboretum is a large Chinese Popular, Populus lasiocarpa. It has big bold leaves ,the largest of any Popular, and produces catkins in the spring . In August these catkins then produce vast white cotton-wool like fruit cluster that send fluffy particles into the air like summer snow. The seeds inside the cotton wool are on a bead , hence the common name “Chinese Necklace Popular”
Share This
Related Posts

It has been a while since my last blog, mostly because I believe in…