In November I was lucky enough to join an expedition to explore one of the least explored mountainous regions of Northern Myanmar. This part of the Himalayas takes a lot of planning and logistics to get to. Visas,army approval,sponsors,internal flights,trekking porters and guides. Beyond the red tape the trip panned out to be an incredible journey of discovery, physically demanding and at times totally breathtaking. The aim was to look at the native flora of this region,seek out plants that have garden potential , and to photograph and record plants of interest along the way. 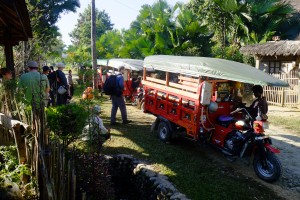 This blog is just a taster of what I saw as I am half way through a full report for the RHS. There should be a ‘Garden Club Talk’ to follow on my journey in Myanmar. Watch this space!!

Our journey began via Thailand then internal flights to Putao in Kachin State of Myanmar. The adventure started when our three wheeled taxis arrived at the lodge to transport the porters and our crew of five including botanists,nurseryman and gardeners on an hours trip through rustic tribal villages to the outlying “Jade Mountain” where our overland trek began. Our porters carried the food ,cooking utensils,tents,machetes and even some live chickens for lunch later on route. The flora was mostly Tropical at this stage with wild Gingers, Begonias ,Bananas and epiphytic ferns and Orchids growing high in the tree canopy. The main aim or destination was to climb the mountain range of ‘Phongon Razi’ with its impressive forests leading to an alpine plateaux of stunted conifers and dwarf Bamboo at 3,600m. This meant a steady vertical climb at times through hot sticky jungle along old hunters paths and criss crossing powerful turbulent rivers that originate from the icy mountains of Nepal. Many plants were familiar in form and shape to their cousins that are growing at Abbotsbury such as Bamboo ,Palms and Bananas, only here, the species were different and twice as big! The first village we stayed in was called Wasadum with its Bamboo houses on stilts and small allotments with fruit trees,Yams and Tapioca. In the distance family groups of Gibbons could be heard calling in the early morning mist and giant Horn-bills flew overhead out of the forest. We also saw fields of golden rice ready for harvest. Two days later at Ziyadum the first real mountains began to appear, looming up from the forests, capped  with snow dusted peaks. We were now in cooler more familiar territory. Himalayan oaks, Chestnuts and even golden Maples began to appear as we climbed higher. It was their autumn as well, as it is still classed as being in the Northern Hemisphere, so the changing leaf colours were stunning with the distant roar of 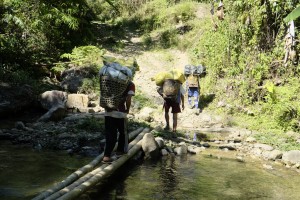 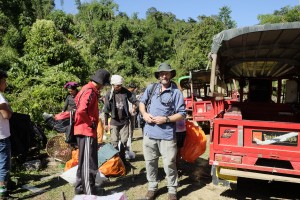 Start of the Trek 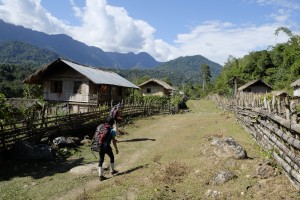 the rivers way below on the valley floor. We camped several times, with the final base camp at 2,800m ready for the assault on the summit . We found drifts of deciduous Himalayan “False Solomon seal” maianthemum, evergreen ferns, scrambling clematis ,Magnolias, Rhododendrons, Hypericum, Skimmia and even the lovely Daphne Bholoua about to flower with their swelling buds. 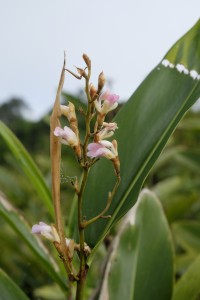 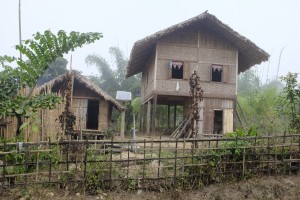 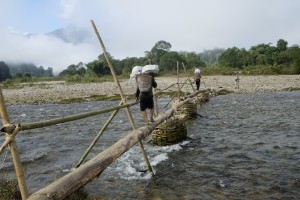 On the morning of the assent to the summit we were up at 5am ready for the three hour climb so as to get the views before the cloud descended on the peak. Rhodoendron arizulem grew in vast swathes along the mountain sides and towering Abies silhouetted the skyline. The first of the approaching winters snow had covered the peaks but the air was still and fresh .Distant views were of the nearby mountain passes – but they were in India, only 7 kilometres away!! To the North East was Bhutan and 100 K to the east was China – just breath taking beautiful. There’s so much more to report but I’ll let the pictures do the talking. Unfortunately I still have not grasped the fundamentals of posting pictures to stay in the right place on the blog so they may appear rather randomly positioned!! 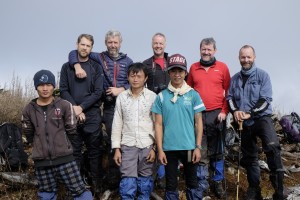 Group picture on the summit of Phongon Razi at 3,600m. 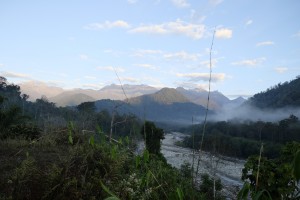 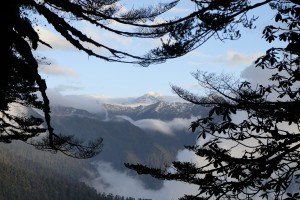 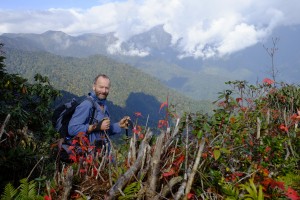 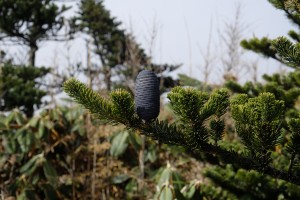 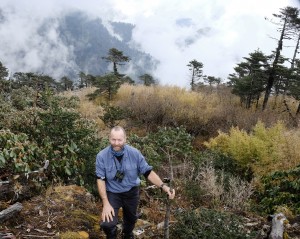 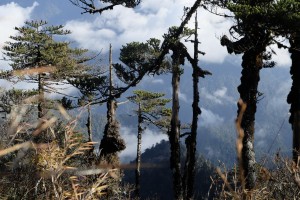 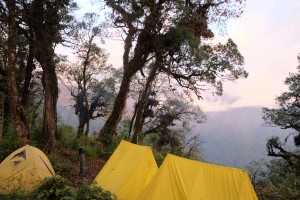 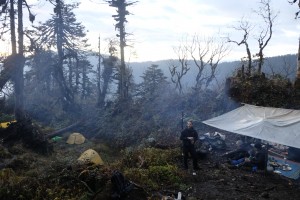 Base camp before the summit. 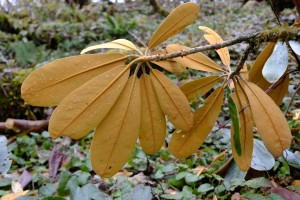 A challenging spring and summer