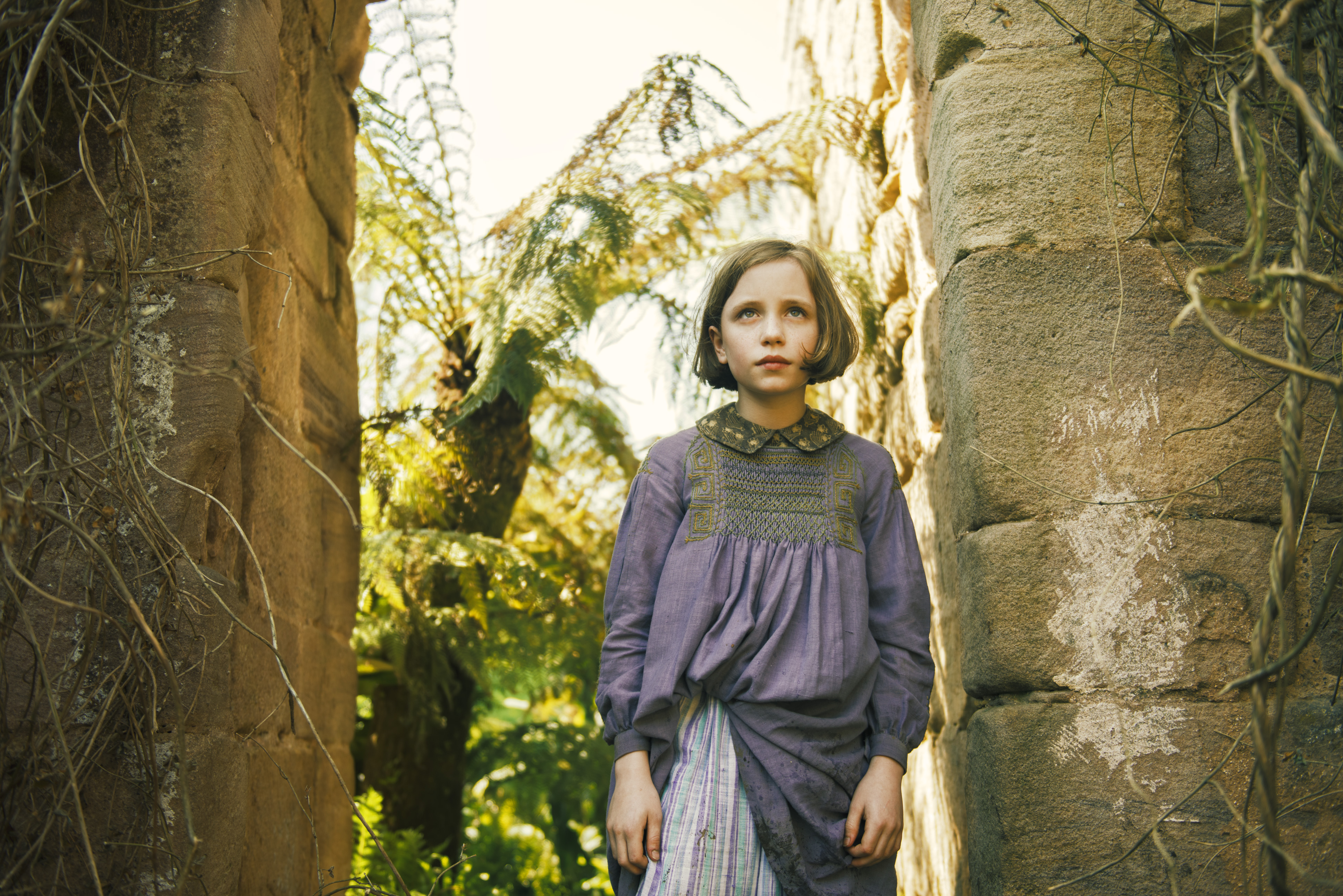 A new film adaptation of The Secret Garden, starring Colin Firth and Julie Walters has landed in UK Cinemas and on Sky Cinema –  and Abbotsbury Subtropical Gardens is one of the stunning garden locations!

Based on the 1911 novel by Frances Hodgson Burnett, the story follows a young orphan girl, Mary, who goes to live with her uncle in England and discovers a magical garden at his opulent home.

Scenes where the little girl and her friends explore the mystical setting, were filmed across the UK locations, including several places in Yorkshire, as well as a number ofNational Trust sites across the country.

And the Gardens here at Abbotsbury were picked to create scenes set in India, with our café building standing in for Mary’s parents’ colonial home.

The film’s Location Manager Tom Howard takes up the story in his blog Secrets of the Secret Garden:

“Next up were the exterior India scenes which had been such a challenge to find. Actually going to India was soon dismissed and the question remained: Where to find the Indian exterior and gardens in the UK? Given it had been a British colony for 200 years, I was confident something of colonial India must have been reflected back in UK architecture. Ideally, we wanted a colonial house in a subtropical garden and importantly, this sequence needed a swimming pool!

“We started scouting options discovering a country house with a Mughal dome; a Shimla cottage in Tunbridge Wells and a promising-looking Cottage Orme in Gloucestershire but none had the subtropical garden where we meet Mary for the first time. These were important scenes and Marc wanted to get them right. I returned to our location database and scanned through; one strong candidate stood out. Abbotsbury Subtropical Gardens on the Dorset Coast. I had seen in some images a ‘colonial style’ building but what was it and could we make it look like a house in India? 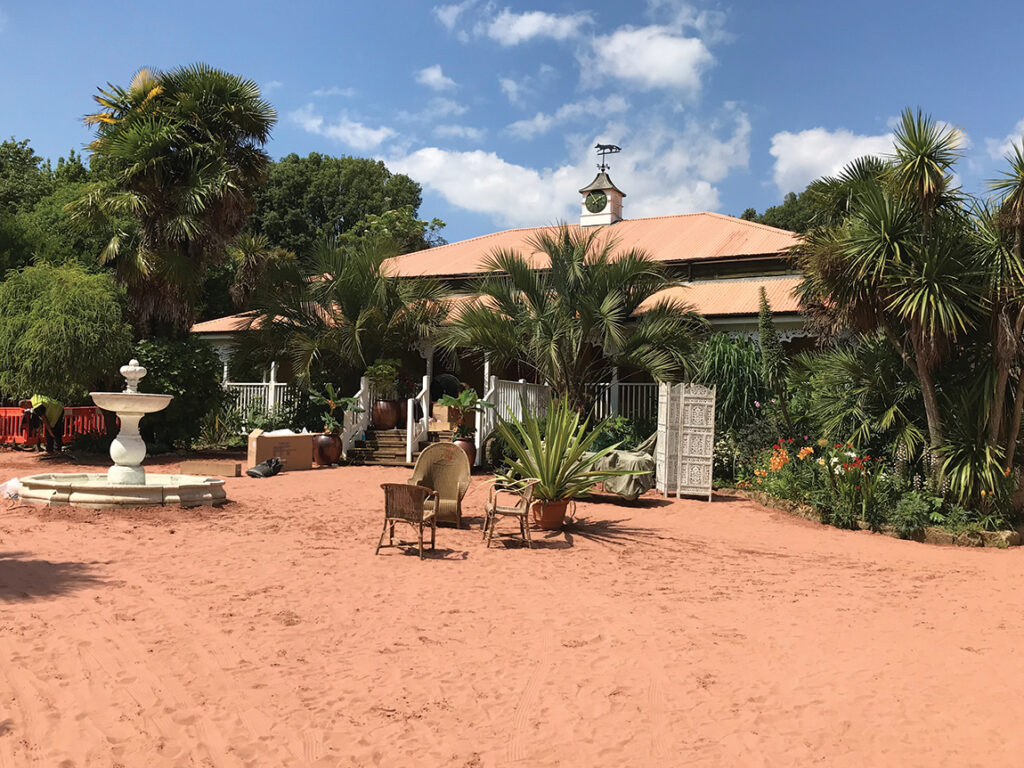 Abbotsbury dressed as if in India. Photo by Tom Howard/LMGI

“Thankfully, Abbotsbury’s subtropical plants had survived the snowfall but would it survive a major film crew? The colonial-looking building turned out to be their busy restaurant. It was our only option and if I failed to secure the location, it would be an expensive set build. Walls can be repainted, furniture repaired and compensation paid, but can you rescue a rare or prize specimen plant from being squashed under a 50kg lamp?

“I met the head gardener, Stephen Griffith, an exotic plant hunter who had been on expeditions to the Far East to bring back some of the rare garden and told him and the general manager exactly what we wanted to do. I took Grant’s sketch drawings of what the restaurant would look like with adobe wall cladding, the outside dining area covered in red sand with its Indian fountain and explained why we needed to widen a gateway for a huge spider crane to come in to replicate the sun. This would all take about two weeks’ work (for a day and a half filming) and may cause some (really … a lot of) inconvenience to the visitors and we really needed to film this in high summer!

I waited. I really thought they would say no to the idea. But it seems everyone loves The Secret Garden, including the exotic plant hunter Stephen. Abbotsbury was completely on board, even offering to move or cut back plants if required. To enable our filming, we needed to close the restaurant down for five days. This did not faze them either as they had another venue nearby which they turned into a temporary café. The restaurant was clad in yellow-plastered walls, 40 tons of red sand was laid on the patio and in the middle a dormant fountain was built!” 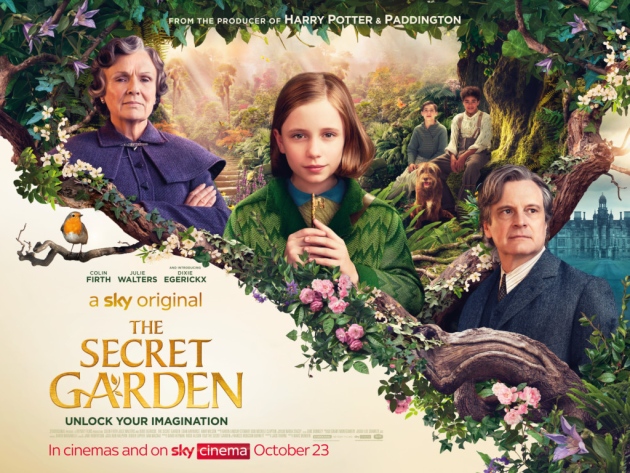 The Secret Garden Producer Rosie Alison said: “We explored far and wide and filming took us from the North York Moors with its ruined abbeys, to the amazing Laburnum Arch and meadow stream of Bodnant Garden in North Wales and on to the towering tree ferns of Trebah Garden in Cornwall.

“We also went to the mysterious, moss-laden primeval Puzzlewood in the Forest of Dean and the wondrous hidden terraced gardens of Iford Manor in Wiltshire.

“Existing gardens were always our primary inspiration, rather than ‘reinventing’ nature through visual effects.”

Now watch the trailer for The Secret Garden